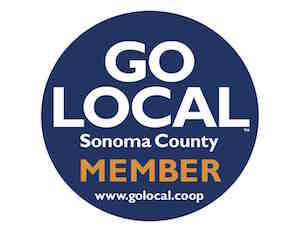 In his new book, The Local Economy Solution, progressive economist Michael Shuman continues his tireless, 20-year effort to wring the necks of worn economic development strategies and get communities to embrace what is know as “import substitution.”

Import substitution is a simple concept. You know those goods we currently import for consumption? Substitute locally made goods for them. Not all imported goods, just the ones we can readily produce—like food and beverages, jewelry, clothes, housewares, electric vehicles among a few.

It doesn’t require outside investment or new taxation. We locals already provide an injection of money to local businesses through our purchasing behavior. Given that consumer purchasing comprises 70 percent of the economy, we exert a powerful force.

The advantage is that we don’t drain our money out of the county to pay for those imported goods. We keep it here where it’s invested into local enterprises.

That string of purchasing actions locally generates economic multipliers. If residents spend their income with locally owned companies, and every time it changes hands some of it recirculates locally, we have more money circulating more times in the local economy.

That means that if you buy locally produced food from a locally owned grocery store your economic impact is two times greater than if you bought an imported item from a non-local store.

Go Local Pollinators
GO LOCAL has been working the import substitution strategy in Sonoma County for seven years. In Shuman’s view, that makes our business and organization members and thousands of residents it supports “pollinators”.

A pollinator, by spreading the word, helps local businesses grow and helps new businesses start. Of the 28,400 new jobs created in 2013, 60% of them belong to new start-ups, 21.5% to expansions, while only 8.5% to move-in businesses from other areas.

There’s nothing like a boost in sales income to drive a new or existing enterprise. Cash flow from sales operations is king. It reduces the need to raise money through loans or equity, which lowers costs. If those means of finance are needed to expand capacity to fulfill greater sales demand, then those businesses can generally get better rates and terms.

Shuman says, “Perhaps what excites me most about the pollinator approach to economic development is how it scrambles old political divisions and opens space for new kinds of community action. It provides conservatives with an approach that’s market-driven, entrepreneurial, business-oriented, and highly decentralized, and progressives with proven tools that expand participation, shrink poverty, and promote diversity.”

Even more than it is today, our local food system is poised to be a major plank of Sonoma County’s identity and economy. That’s also true for North Bay region as a whole. When selecting food and beverages, choose a locally owned restaurant or grocer, and look for locally produced items. Those choices double the positive economic impact in comparison with buying imported items from non-local sellers.

Local Business by the Numbers
Sonoma County’s economy is comprised of sectors like financial services, retail, construction, tourism, government, nonprofits and so forth.
Who owns the bulk of the businesses in Sonoma County, and where are they headquartered?

In Sonoma County, nearly 9 out of 10 RESIDENT establishments sell goods and services primarily to customers in the local area, while the rest primarily sell to customers outside the area.

As employment goes, 84% of all workers in Sonoma County are employed with RESIDENT establishments.

By and large, our economy is predominantly made up of local activity—locals working for local establishments serving local customers. Our 495,000 Sonoma County residents drive nearly $17.5 billion in purchasing of goods and services with near absolute freedom in where to spend it. That’s power to change economic outcomes. 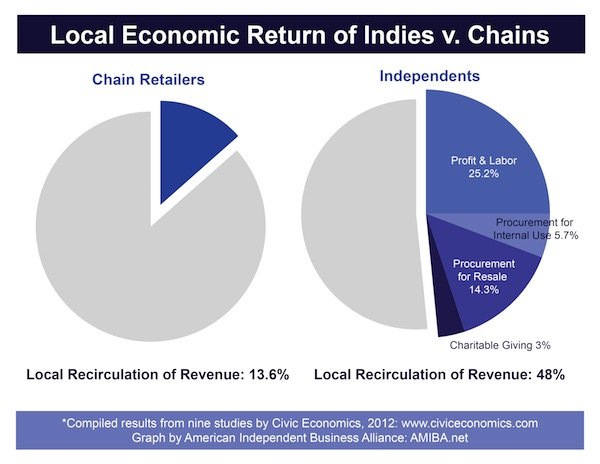 GO LOCAL doesn’t advocate isolationism. Sonoma County benefits tremendously from trade throughout the world for the things we export and the things we need to import, simply because we can’t make everything here.

Balance is key, and reaching an optimum level of self-reliance is better than reaching the maximum level.

Over the past few years GO LOCAL has emphasized kicking up our food system value in the local economy, because we have abundant natural agricultural resources and a rich legacy of agricultural experience. In other words, we’re good at growing and producing food and drink. We have a solid infrastructure and knowledge base to leverage.

Sonoma County is home to incredible food and beverage innovators and entrepreneurs.

I think of Hip Chick Farms, makers of frozen chicken nuggets, with their rapid ascension to national markets. I’m amazed at the simple yet poignant strength of CropMobster in tackling food waste and converting it into an economic development opportunity. Revive Kombucha combines a wonderfully healthy beverage with dedication to sustainability in its processing.

Throughout the year remember our local retailers, personal services, home and business services and local makers. Think of our local nonprofits and support them.

And the biggest difference consumers can make in purchasing is to shift from online buying. In the past year approximately 174,000 (44%) of us made online personal purchases and 47,000 (12%) of us made business purchases. Sonomans are 12% more likely to buy online than the national average. When you shop online, the entire purchase amount leaves the county. Buh-bye $120 million from Sonoma County, and that’s to Amazon alone (estimated).

GO LOCAL staff, board and members are grateful for the amazing number of folks who have supported the movement to local first over the past seven years. Sonoma County is number one in the USA for local retail market share in our population class. Let’s keep it local.