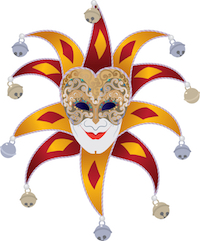 At Solar Works, we believe that working for a healthy planet is more than just conserving its resources. Imagine a world without music. No. Stop. That’s too cruel. Imagine a community that celebrates life with music and friends. Ahhhh. That’s better. But we don’t have to just imagine.

KOWS community radio, where our own Laura Goldman hosts an early evening Friday show, is holding a benefit concert with Markus James & Friends and Wendy DeWitt with Kirk Harwood on Friday, March 18, at 7:30 pm. Wendy is truly the Queen of Boogie Woogie.  Guitarist Markus James plays, according to NPR music, “rock with a West African twist.” 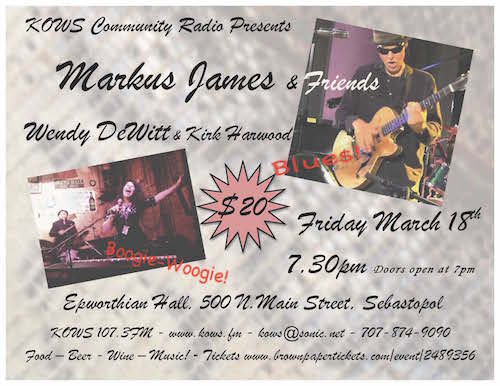 Our staffer, Ann Hutchinson, believing that music and dance help the residents of this globe stay happier and healthier, formed an organization to keep live music vital, accessible and local. Sonoma County Dance Beat, which she and her husband founded, is celebrating its second year, and funding its third, with a dance party. This year’s April Foolery features music by Lost Dog Found, Royal Jelly Jive, and Wendy DeWitt with Kirk Harwood.  Come out for good boogie woogie, blues, swing, jazz, rock and soul on April 1, 2016 at Rossi’s 1906 in Sonoma. Guests are invited to “jesterize.” There will also be costume and door prizes, and a silent auction. 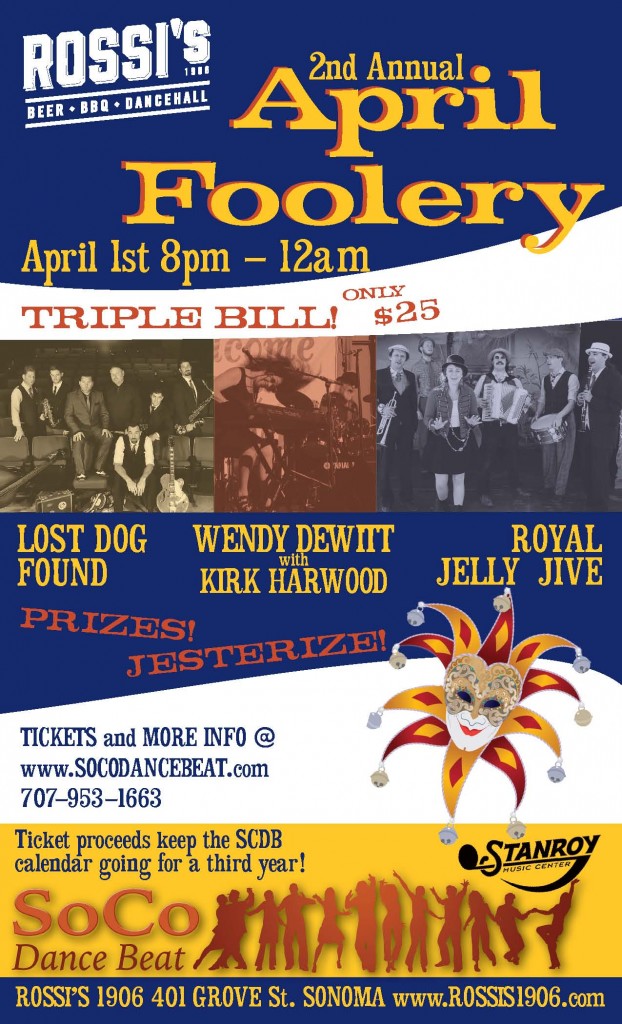 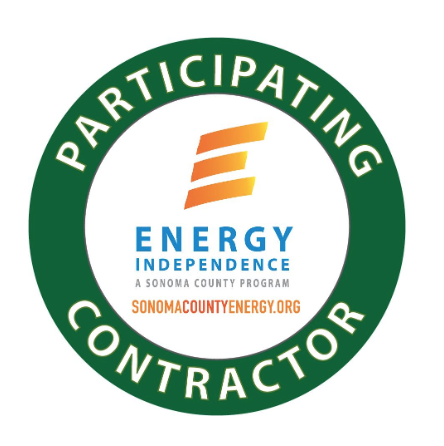