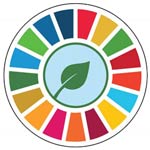 We, the people of the United States, sign on to the Paris Agreement

This petition is an expression to one another and to the world that we, the people of the United States, support the Paris Agreement and remain committed to mitigating climate change.

Please join in and sign this petition of support for worldwide cooperation in mitigating climate change!